What Does A Tech Reporter's Inbox Really Look Like?

On a sunny Sunday in April, about three weeks before my last day as a staffer at Forbes, I did something odd.

I printed out a day’s worth of my own emails, 92 in all, from a random day in February. For about 10 minutes straight, the clack and whir of the printer was the only noise heard on the fourth floor of the Forbes building.

The point of this?

As a reporter, I ignored a lot of email. I didn’t feel bad about this. The majority of it was a waste of my time and deserved to be ignored—if not spam, then seriously off-base story pitches from startups and PR reps.

But in my upcoming role as a self-starting publicist, I thought it might be interesting to see exactly what I’d be up against when it came to reaching reporters. If my habits are at all exemplary, it’s not an encouraging picture.

For the sake of context, the day I chose was February 27th, 2014, a Thursday. The South By Southwest Festival in Austin, which I would attend, began the following week. I published a story on the business behind the History In Pics Twitter account at 10:45am ET.

I didn’t have a magazine story due in the next issue, so I mostly concerned myself with preparing for SXSW and finding stories for online pieces.

The 92 emails only include those that made it to my inbox, not those caught in spam. Here's a rough breakdown of where those came from, or to what they were related: 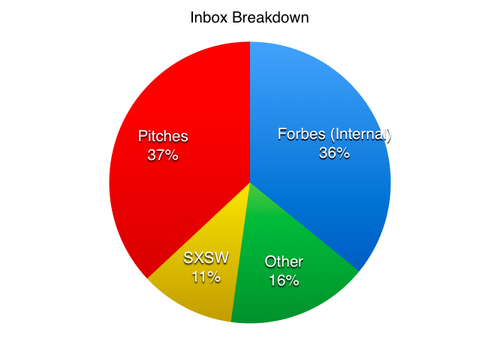 To use hard numbers: 34 emails were pure story pitches, 33 came from Forbes colleagues, 15 were related to ongoing stories or administrative issues ("Other"), and 10 were SXSW invites.


I responded to 30 of these emails. I'm actually surprised I responded to that many. If that sounds low, a closer look reveals a more depressing picture for publicists trying to reach me. 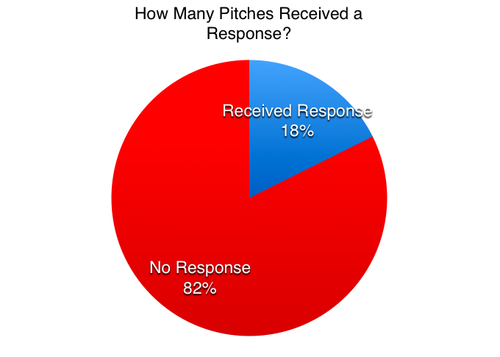 In the above chart, I isolated the 34 pitches to see how many received a response. It was exactly six.

To put a fancy bar graph on some admittedly limited statistics: 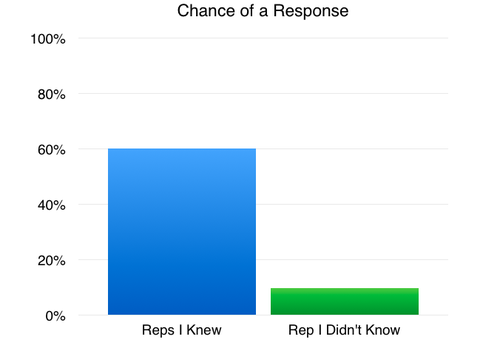 This is common sense, and probably pretty obvious to anyone who has ever tried to get hold of a tech reporter, but having met me was by far the best way to get a response.

If you look more closely at those three emails, it actually gets a bit bleaker. One invited me to lunch with a CEO, another to meet with an executive at South By Southwest. I said no to both, but at least felt like they were human and relevant enough to warrant a response.

The only publicist, who I did not know, who didn't receive a hard no? Peter from Runa tea. Coincidentally, I was drinking a lot of Runa tea at the time, so I prodded him for a better story than what he pitched. In the end, I never wrote a story about Runa tea.

Other Stats, Possibly Of Interest

Within those 34 pitch emails are some really terrible, irrelevant pitches. There's one about springtime festivals in China, another about Disney's retraction of their support for the Boy Scouts, another about a brewery in Lakeland, Fla. Others are just sales-y and awful, or clearly part of a mass email blast.

Any email that appears to have been written by a human specifically for me, and that concerned a subject within my beat, immediately stands out within those 34 pitches. That wasn't always enough to get a response, but it was absolutely necessary.

Every pitch to which I responded had those characteristics. Going through the rest, I can find maybe two more that fit those guidelines. So that's 8 out of 34, or 23.5%.

The takeaway: If you write a personalized, human-sounding email that directly relates to a reporter's beat, you're probably doing better than 75% of PR professionals.

Special thanks to Sewa Adekoya for the enormous amount of help that she provided for this piece.